Dr. Ladislaus Ressler is a Germany trained Cardiac Surgeon and Associate Professor in the Division of Cardiac Surgery, Department of Surgery, at the University of Ottawa Heart Institute.

Dr. Ressler received his MD in Europe from the Medical University Semmelweis in Budapest, Hungary, in 1988.

He completed his residency training in cardiovascular and thoracic surgery at the University Clinic in Bonn, Germany, and as a regularly visiting scholar at the North Carolina Medical Center in the United States. Dr. Ressler received his certification in cardiac surgery from the Bavarian State Medical Board of Registration in Munich, Germany in 1995. In 2003, he became a member of the General Medical Council in London, England, and in 2006 he received the CPSO specialist recognition in Canada.

In 1994, he was recruited as a staff cardiac surgeon to the University of Erlangen-Nuremberg, Germany where he was a co-founder of the newly established cardiac surgery unit at the hospital. During this time, Dr. Ressler became one of the pioneers nationwide and the first in his division to perform minimal-invasive off-pump beating heart surgery and spearheaded the experimental endoscopic internal thoracic artery preparations on cadavers.

His most significant contribution in the field of cardiac surgery was the foundation and implementation of a complete and innovative cardiac surgery hospital in Germany, which he founded and led, as Director of Cardiac Surgery, in 1998.

Dr. Ressler’s primary focus is clinical - on the complete spectrum of adult heart surgery - with the main emphasis on quality and surgical ethics. 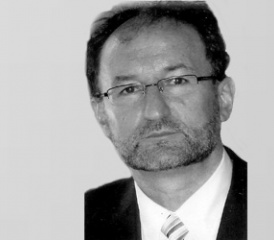