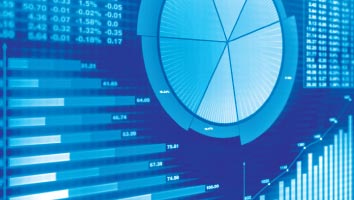 Cost-Effectiveness and Improved Quality of Life

New data from RAFT presented by George Wells, PhD, RAFT co-investigator and Director of the Cardiovascular Research Methods Centre, show that the combination is also more cost-effective than an ICD alone.

The cost-effectiveness analysis included not only the cost of the devices and their implantation but resources used “downstream,” such as hospital visits, doctor visits and drug costs. More important, the new data also compared quality of life after both procedures, to establish a measurement known as a quality-adjusted life year (QALY: one year of perfect health). “Not only do we look at the extended life years, we look at the quality of those life years, and that’s what we report,” said Wells.

Patients who received the combination therapy gained 0.66 additional QALYs—at a lower cost per QALY—compared with those who received only an ICD. To provide context, Wells explained what this is a similar improvement to that warfarin provides over aspirin for stroke prevention, “which is a big improvement,” he emphasized.

Dr. Kiran Sidhu of the University of British Columbia used data from the RAFT trial to assess whether particular electrocardiogram (ECG) findings can predict a benefit from CRT in patients with cardiomyopathy. Specifically, Dr. Sidhu’s team looked for the presence of a fragmented QRS complex (fQRS) in the ECG wave, which is caused by scars in the heart tissue.

In nearly 40 per cent of patients, the team found fragmentation in one to three regions of the heart. Patients with no fragmentation benefited from CRT, including reduced risk of hospitalization for heart failure and death.

Patients with fragmentation in one or two regions also appeared to benefit, but those with fragmentation in three regions showed no benefit from the device. These patients may require more extensive evaluation, such as a cardiac MRI to look for viable heart tissue, before undergoing CRT, concluded Sidhu. Her research was nominated for a CCC Trainee Research Award in clinical science.