Looking to the Future of Cardiovascular Genetics Research

The past decade has seen rapid progress in cataloguing the genetic factors driving heart disease risk. The University of Ottawa Heart Institute led the way, discovering the first and, to date, highest-impact common genetic variant linked to coronary artery disease. Many others have been found since, but to use this knowledge to make people healthy or keep them that way, researchers need to understand how these variants affect the body and impact heart health.

A type of experiment called a genome-wide association study (GWAS) lets scientists scan the entire human genetic code for small, common variations that are linked to certain diseases. Thanks to GWAS and much international collaboration, almost 50 of these genetic variants have been linked to aspects of heart disease, such as atherosclerosis and heart attack. These variants, called single nucleotide polymorphisms (SNPs, pronounced “snips,” for short), may either protect against or increase a person’s risk of developing heart disease.

But the SNPs found so far represent just the tip of the genetic iceberg, explained Ruth McPherson, MD, PhD, Director of both the Atherogenomics Laboratory and the Lipid Clinic at the Heart Institute. As a physician, Dr. McPherson has treated thousands of patients and helped to set the Canadian medical guidelines for managing cholesterol. As a laboratory scientist, she has made widely influential discoveries in the genetics of heart disease.

In a keynote speech she delivered on May 1 at the American Heart Association’s annual Arteriosclerosis, Thrombosis and Vascular Biology meeting, she recounted that all of the SNPs uncovered so far explain only about 10 per cent of the risk for coronary artery disease in the general population.

Scientists have estimated that genetic predisposition accounts for up to 50 per cent of the risk of heart disease. So the other 40 per cent of overall risk due to genetics remains unidentified. This is referred to as “missing heritability”—the part of inherited heart disease risk that we haven’t found yet. It is a mystery that continues to vex genetics researchers.

“We think that missing heritability is largely due to the fact that risk of a complex condition such as coronary artery disease is really due to variants in a very large number of genes, each of which, individually, has a very, very small effect,” explained Dr. McPherson. Their very small effects are unlikely to be identified in a background of thousands of active genes, even in enormous studies with high statistical sensitivity such as the recent international collaborations.

With these many low-effect genes unlikely ever to be found, Dr. McPherson’s lab has moved toward a more holistic investigation of the impact of genetics on cardiovascular health by analyzing whole biological pathways and cellular networks that may contribute to—or protect against—heart disease. Requiring the kind of heavy-duty computing power available through the Heart Institute’s membership in the Compute Canada consortium, these network analyses look at the big picture in terms of how multiple SNPs influence the activity of cells in the body. 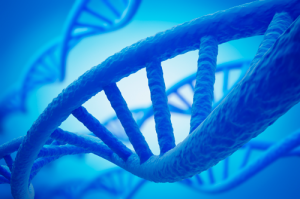 “Even if we don’t see [additional] individual SNPs being significantly linked to disease, cumulatively we may find that people with heart disease have more variants in a cluster of genes that fall into certain pathways that regulate, for example, inflammation or the integrity of blood vessel walls,” she said.

This focus on how genetic variations affect the inner workings of the body will become a greater part of the work ongoing at the Heart Institute’s Ruddy Canadian Cardiovascular Genetics Centre. In April of this year, Dr. McPherson assumed the directorship of the centre, taking over from founder Robert Roberts, MD, who stepped down in March as Director as well as Heart Institute President and CEO.

Dr. McPherson’s lab has collaborated with the Ruddy Centre since its inception, most notably in 2007, when the centre aided her team in the discovery of the 9p21 risk locus, the first common genetic risk factor for heart disease ever discovered. She plans to shepherd the Ruddy Centre into its next decade of discovery, keeping a link to the whole-genome studies that were the priority of its early years while expanding its focus on understanding how the variants already uncovered exert their effects on the body.

“I think what we’ve achieved [with GWAS] is very important. But with data on 8,000 to 10,000 individuals, which the centre has at the moment, there isn’t a great deal of yield to be had in expanding our sample base,” she explained.

With one important exception: Dr. Ruth McPherson is very interested in having the centre analyze people at the extreme ends of the risk factor/disease continuum: patients with no risk factors but severe, early-onset heart disease, and patients with many risk factors but no heart disease. This second group of patients holds particular interest because their genomes likely contain genetic variations with strong protective effects.

If those characteristics can be found in such patients’ families, even better, explained Dr. McPherson. “Those sorts of families are really gold, because I think we’ll end up going beyond finding just a bunch of low-impact common genetic variants and, instead, discover less common variants of high impact. That would be exciting because that gives us the possibility of finding new drug targets.”

Dr. McPherson also plans to have the centre dig deeper into the mass of data it’s already collected. Using information in those thousands of samples, she plans to use new data-mining approaches developed by her lab to tease out the relationships between SNPs and subtypes of heart disease—for example, clogged arteries with or without an ensuing heart attack, arterial calcification, stent restenosis and heart failure.

There are functional studies as well. “Understanding how the genetic variants that we’ve discovered exert their effects will keep our students and post-docs and investigators busy for many, many years,” she added. The centre has several state-of-the-art machines for analyzing gene expression in many different tissue types, including blood, arterial wall samples, and skin. This lets researchers take a SNP that, for example, increases the expression of a particular gene, and then see how that increased expression changes certain biological pathways within cells housed in the huge sample collection maintained by the centre.

For these large functional analyses, it will be vital for the centre to continue its long-standing collaborations with partners in Canada and internationally, including institutes in the U.S., U.K. and Germany. “This sort of work is no longer a cottage industry,” Dr. McPherson concluded. “You can only do it if you have both the skill set and extensive collaborations outside of your institute.”