CCC 2014: The Future of Cardiac Prevention and Rehabilitation 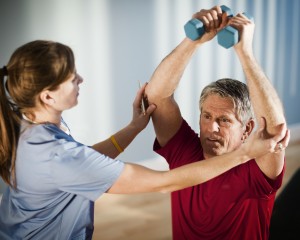 To understand how far rehabilitation has come in the past 70 years, Dr. Pipe offered an eye-opening historical perspective. In the 1940s, cardiac patients were literally spoon-fed for fear of any exertion. They were kept on bed rest and not allowed to climb stairs, in many cases, for as much as a year. In the 1950s, patients were prescribed bed rest and chair rest. Change began to come slowly in the 1960s, which eventually led to the development of cardiac rehab programs in Canada in the 1970s.

Today, we know how important physical activity is to rehabilitation following a heart attack. In fact, the occurrence of cardiovascular disease has declined greatly since the middle of the 20th century, thanks primarily to prevention efforts targeting the major risk factors for heart disease, including a lack of physical activity.

We now know that adopting a healthy lifestyle before developing symptomatic heart disease can extend life by ten to 14 years and that nearly a quarter of all cardiac events can be avoided through prevention.

Dr. Pipe made it clear that several ongoing demographic and cultural shifts will require new approaches in prevention and rehab programs. The patient population is changing. It is older, women account for a larger proportion and it is more multicultural, with some ethnicities at higher risk than others. Patients are more likely to suffer from multiple chronic conditions, and heart failure is a frequent concern because more people are surviving heart attacks.

For all of these reasons, “Relying on the same methods of outreach and program delivery won’t work,” said Dr. Pipe. “We need to start doing things very differently.”

The pressure for new approaches is coming not only from the public side but from within health care as well. As an example, Dr. Pipe  suggested that new approaches to prescribing and monitoring physical activity were in order given that today we typically have considerable information about a patient’s coronary circulation and heart function following a procedure or cardiac incident and traditional stress testing may produce conflicting information.

Another priority should be moving patients out of the least-fit, highest-risk category. Substantial benefits occur at minimum levels of physical activity, and just getting inactive people walking makes a huge difference in their health and well-being. Being fit and overweight is actually better than being unfit and normal weight, so emphasis should be placed on getting these individuals to 30 minutes of activity each day, at least five days a week.

The bottom line, said Dr. Pipe, is that from a cost perspective, the current health care system is unsustainable. “We must shift the emphasis from curing disease to disease prevention.”

Rehabilitation centres can provide the template and serve as the epicentres for this change, and the cardiac prevention and rehabilitation community can provide leadership to advance public policy and progressive urban planning.