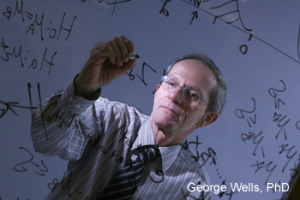 Arrhythmias — disturbances of the heart’s normal rhythm—affect more than 1.5 million Canadians and can impact a person’s health and well-being in a variety of ways. Sudden cardiac death caused by an arrhythmia kills 40,000 people every year. An estimated 350,000 Canadians are living with atrial fibrillation, the most common type of arrhythmia and a major risk factor for stroke. At some point in their lives, millions of others will experience syncope: sporadic loss of consciousness for which there are few effective treatments.

To jump-start the development of new technologies to improve the diagnosis and treatment of arrhythmias, the new Canadian Arrhythmia Network (CANet) has received a five-year grant in the amount of $26.3 million. CANet is one of only 49 prestigious Networks of Centres of Excellence (NCE) grants in any field of study funded by the Canadian Institutes of Health Research, the Natural Sciences and Engineering Research Council of Canada, and the Social Sciences and Humanities Research Council. With matching funds from Industry Canada, Genome Canada and other partners, CANet has launched with more than $60 million devoted to substantially reducing morbidity and mortality from heart rhythm irregularities.

“CANet gives us the opportunity to guide arrhythmia research in the direction we think it should go. And it gives people with an interest in arrhythmia research the opportunity to get funding to carry out their research activities,” said George Wells, PhD, Director of the Cardiovascular Research Methods Centre at the University of Ottawa Heart Institute. Dr. Wells is one of two Associate Scientific Directors with the network, along with Robert Sheldon, MD, PhD, at the University of Calgary. CANet is led by Anthony Tang, MD, at Western University in London, Ontario. Heart Institute electrophysiologists (who treat arrhythmias) and cardiac imaging specialists participating in CANet include David Birnie, MD, Rob Beanlands, MD, Girish Nair, MD, Pablo Nery, MD, Calum Redpath, MD, Robert deKemp, PhD, and Girish Dwivedi, MD, PhD.

The team plans to meet these goals largely by funding the development of new technologies. Over the next five years, CANet hopes to have five to seven new technologies developed by its grantees. The network will proceed with funding in three stages, explained Dr. Wells: “The first is to develop a technological innovation, like an app or device that would, for example, detect an arrhythmia. Next, we would ask whether the innovation is safe and effective [in clinical trials].” Lastly, “we would study how you implement this technology in the general clinical community; how it could be made accessible and sustainable in the population.”

CANet has just released its first call for research proposals and will award its first round of funding in June 2015. Specifically, the network will allocate grant money for capacity building to develop highly qualified personnel in the field of arrhythmia research. It will fund up to 30 to 40 post-doctoral researchers over the life of the network. What’s more, the structure of CANet’s grants will make possible capacity building within institutions, allowing, for example, scientists at universities without large research programs to partner with co-investigators at major academic centres.

CANet’s overall goal is “to get the right tools in the right hands at the right times. With this type of funding, this type of opportunity, I think we can make a big impact in these three areas” of sudden cardiac death, atrial fibrillation and syncope, concluded Dr. Wells.