Focus on Heart Failure: Advances in Managing the Condition 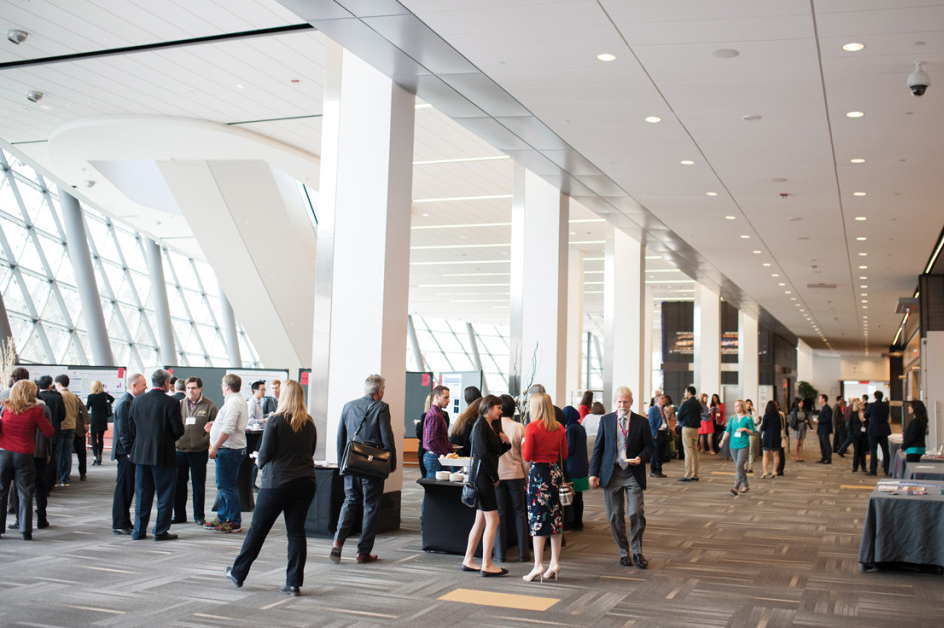 Cardiovascular medicine has become so successful at rescuing people from major challenges, such as heart attack and stroke, that it must now confront an entirely new difficulty: helping the survivors of these health crises. In many cases, the hearts of these patients have been significantly weakened and are no longer able to maintain an adequate flow of blood throughout the body. Individuals suffer from obvious symptoms, such as shortness of breath or general fatigue, but they may likewise have become vulnerable to a much wider array of problems.

The clinical term for this condition is heart failure, a sombre diagnosis that would be hard for any patient to hear. For physicians and researchers, it represents a specific physiological state for the heart, one that they are highly motivated to describe and treat effectively.

“The growing number of patients with damaged hearts is one of the new epidemics of cardiovascular disease,” said Peter Liu, MD, Chief Scientific Officer and Vice President of Research at the University of Ottawa Heart Institute.

“Every five minutes, someone in Canada dies from heart failure,” he added, noting that more than 600,000 Canadians suffer from some degree of heart failure. “We need to find ways to detect this condition earlier—to understand the disease process so we can offer better treatment tomorrow.”

Dr. Liu therefore teamed up with cardiologist Lisa Mielniczuk, MD, Director of the Heart Failure Program at the Heart Institute, to make heart failure the theme of the third annual Ottawa Heart Research Conference, which took place on April 24 and 25. Dr. Mielniczuk chaired the event, which drew more than 120 participants from across North America, for a showcase of the current state of knowledge and treatment for this complex condition.

Some of the presentations outlined the cutting edge of cardiac science, such as Dr. Liu’s own work on biomarkers, which are key indicators for the subtle but absolutely crucial biochemical processes that maintain our well-being.

“The growing number of patients with damaged hearts is one of the new epidemics of cardiovascular disease.”

“We can detect these markers in the blood, which tell us how the heart is doing,” he explained. “Previously, we thought the heart was just a simple mechanical pump, but it needs to last a lifetime. In order to do that, its cells release signals to each other and to all parts of the body. This is very exciting, in that we are now only beginning to apply this information to understanding the disease process for the patient in front of us and to devise the right treatment for that patient.”

Cell signalling plays an important role in processes such as the inflammation of heart tissue, an area that Dr. Liu has explored in collaboration with Douglas Mann, MD, Chief of Cardiology at Washington University in St. Louis, Missouri. Dr. Mann was at the conference to deliver the annual Heart and Stoke Foundation William L. MacDonald lecture, which was established 45 years ago in memory of that organization’s former Board President.

“The heart has a hard-wired response to sense stress,” said Dr. Mann, referring to proteins that create inflammation in order to attract immune cells. “The initial role of inflammation is to protect the heart and help the heart heal.”

Unfortunately, as he recounted in his lecture, this same process can have harmful effects. “As people age, the effect of the immune response becomes much more intense and the heart has more difficulty recovering from any damage,” he explained.

Such insights into the different dimensions of heart failure were highlighted for clinicians as long ago as 1994, when the Canadian Cardiovascular Society (CCS) published one of the first sets of national guidelines for diagnosing and treating this condition. A major update was issued in 2005.

“This year is the landmark 10th anniversary of these new Canadian heart failure guidelines,” said Jonathan Howlett, MD, who directs clinical and research activities for heart failure at Foothills Medical Centre in Calgary, Alberta. He pointed out that primary care physicians tend to be overwhelmed by the sheer volume of such guidelines emanating from various medical organizations, creating not just fatigue but possibly cynicism among doctors who should be able to make good use of this information. The CCS has attempted to make life easier for everyone by teaming up with these other organizations to create a single, common source for these guidelines.

“It’s been a huge success and the Canadian Cardiovascular Society now uses this as the model upon which other guideline programs are based,” said Dr. Howlett.

He spoke at the conference on some of the latest approaches to managing heart failure patients, as well as looking specifically at what causes their conditions to become serious enough for hospitalization. Although researchers know that related conditions, such as obesity, high blood pressure and diabetes, can make heart failure worse, Dr. Howlett acknowledged that there is still a great deal to learn about which therapies can improve a patient’s prospects. He also admitted that heart failure remains difficult to explain to patients because although it sounds obvious, the term has a fairly technical meaning.

“Heart failure is a condition, a syndrome—it’s not a specific event,” he said, emphasizing the need to share with patients the fact that progress in this field is ongoing. “For many patients with heart failure, there are new therapies almost constantly coming on board that can improve not only their quality of life but the duration as well.”

The conference provided an overview of these therapies, which include new drugs as well as surgically implanted devices that can restore the heart’s pumping ability by replacing weakened heart valves or assisting with blood flow. Speakers also tackled questions surrounding the kind of support that doctors need in the community in order to be able to identify and deal with heart failure in the best way possible.

For example, Mark Fraser, MD, a physician with the West Carleton Family Health Team in Carp, Ontario, outlined the way in which his organization has made heart failure a priority. By setting standards for doctors like him to identify and deal with this condition in the course of their practices, they hope to catch cases of heart failure as early and as often as possible so that patients can receive optimal care.

Similarly, Rob Beanlands, MD, the Heart Institute’s Chief of Cardiology, gave a presentation about the powerful suite of available medical imaging technologies, crucial tools in determining the quality of this care.

“Imaging plays a pivotal role, in terms of identifying heart function and addressing different types of questions that arise in assessing the heart failure patient,” said Dr. Beanlands. He has been leading a trial to determine what kind of imaging system works best for the diagnosis and treatment of such patients. The findings are expected to demonstrate the value this technology can bring to clinical settings, where doctors should find themselves increasingly well-equipped to deal with these patients.

Above all, insisted Dr. Liu, such presentations ensured that the conference offered participants a comprehensive view of where the field of heart failure is going and an invitation to shape that future.

“This is a great opportunity to bring together researchers, clinicians, students, and people who can take advantage of new knowledge and apply it to patients,” he said. “At the same time, people getting together come up with new ideas, new ways of answering questions that have puzzled us.”

Read the rest of our Focus on Heart Failure series:
Read about recent developments in heart failure:
Care
Profiles