Blood Test Identifies Those at Risk for Heart Attack

Knowing an individual’s specific risk of heart attack could significantly impact his or her medical care as well as willingness to adopt a healthier lifestyle. A blood test now available in the United States has been shown to do just that.

The PULS (Protein Unstable Lesion Signature) test measures nine proteins that are markers for arterial plaques that have the potential to break away from the wall of the blood vessel and cause blockages. The test has been validated in several clinical trials. 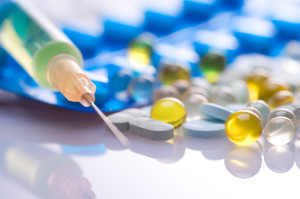 PCSK9 inhibitors are a new class of drug that lowers LDL cholesterol by blocking the action of the PCSK9 protein. This lets the liver remove cholesterol from the bloodstream more efficiently.

In late July, the European Union approved the PCSK9 inhibitor evolocumab (Repatha, by Amgen). A second, alirocumab (Praluent, by Sanofi/Regeneron), is on its way to approval.

In the United States, the Food and Drug Administration (FDA) approved alirocumab in July and is expected to approve evolocumab in late August. Evolocumab is currently under review by the Canadian Agency for Drugs and Technologies in Health.

These drugs function differently than the widely prescribed statins, offering a new option for individuals with high cholesterol levels who are resistant to other treatment. A downside is that they are not currently available in pill form and must be injected.

LCZ696 (Entresto, by Novartis) is the first significant new drug therapy for heart failure in years. It works in two ways, by widening blood vessels, which lowers blood pressure, improves blood flow and reduces the workload on the heart, and by protecting the hormonal system that supports normal heart function.

In July, LCZ696 was given fast-track approval by the FDA in the United States. The drug is under review in Canada and Europe.