A form of heart failure known as heart failure with preserved ejection fraction (HFpEF, pronounced “hefpef”) is becoming more common but remains poorly understood. No effective treatment options exist. Women are twice as likely to suffer from HFpEF as men, but the reasons for this are also unclear.

Older women tend to have greater stiffening of the aorta (the body’s largest blood vessel) and greater pressure on the blood vessels when the heart beats (pulsatile arterial load) than men. Research has shown that these factors are associated with the severity of the HFpEF syndrome.

Abnormalities in the small blood vessels that feed the heart (the coronary microvasculature) also have been found in patients with HFpEF. But it remains unknown whether changes in arterial load have a relationship to these abnormalities, and, if so, whether differences exist between women and men.

In a study that won the 2015 Canadian Cardiovascular Society Young Investigator Award in Clinical Science, Heart Institute cardiologist Thais Coutinho, MD, and her colleagues looked at nearly 300 people (average age of 61) who were referred to the Heart Institute for positron-emission tomography (PET) testing. Subjects had no history of coronary artery disease and no sign of heart failure or microvascular disease.

Consistent with findings from previous studies, women had less flexible arteries than men. For women, this was independently associated with poorer results on a measure of coronary microvascular functioning (myocardial flow reserve). The researchers also found an association between aortic stiffness and lower myocardial flow reserve in women, but not in men.

Dr. Coutinho suggested a combination of less flexible and stiffer aorta may result in damage to the coronary microvascular in older women. This in turn could predispose them to HFpEF. “Although our cross-sectional study cannot disentangle any causality or temporality of the associations that we found, it does present a solid foundation on which to base future investigations aimed at early detection and prevention of HFpEF in older women,” she concluded.

Dr. Coutinho was recently in the national news for another study, conducted with colleagues from the Mayo Institute, where she trained. That research found that people with a normal body mass index (BMI) but excess fat around the waist had a higher risk of death than those with a high BMI. 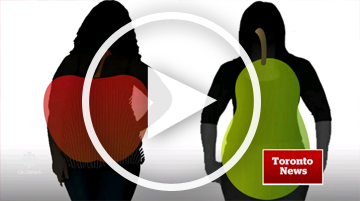