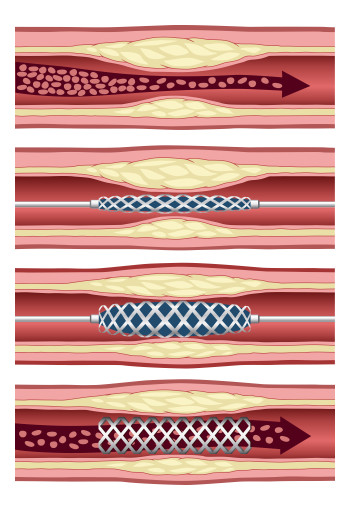 Many of the patients admitted to hospital with a STEMI heart attack (ST-elevation myocardial infarction) have major blockages in blood vessels other than the one directly responsible for the heart attack. The best strategy for treating these patients remains an open question for cardiologists.

Stenting of the so-called “culprit vessel” is known as primary percutaneous coronary intervention (PCI). Researchers from the Ottawa Heart Institute, led by cardiology resident Juan Russo, MD, used patient records in the Institute’s STEMI registry to understand whether it is safe to stent the non-culprit vessels at a time following primary PCI but before patients leave the hospital. This approach is called staged PCI.

They examined the records of 1,038 STEMI patients referred to the Heart Institute between 2004 and 2011 who had a blockage of greater than 50% in at least one non-culprit vessel. One quarter of these patients had undergone staged PCI, while three quarters had PCI of the culprit vessel only.

Staged PCI was also associated with lower mortality during the initial hospital admission (0.4% vs. 2.6%) and at 30 days (0.4% vs. 2.9%). The rates of subsequent in-hospital heart attack (re-infarction), stent thrombosis, stroke, and major bleeding were comparable between patients who underwent staged PCI and those who underwent culprit-only PCI. 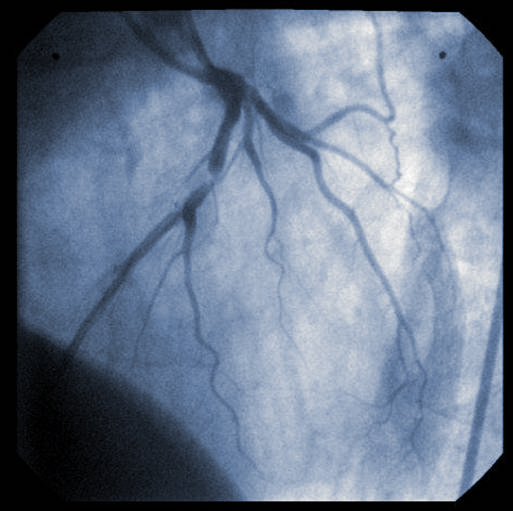 “Most importantly, we noted that all cases of re-infarction during the [initial] hospitalizations were related to stent thromboses in the infarct-related artery,” said Dr. Russo. No cases of re-infarction, cardiogenic shock, or death secondary to acute blockage of a non-culprit artery were seen, “suggesting that revascularizing non-culprit vessels at a time other than primary PCI may be a safe strategy,” he added.

The updated 2015 American Heart Association/American College of Cardiology PCI guideline, published in October, indicates that PCI of non-culprit vessels at the time of primary PCI or afterward can be considered in selected stable patients. Clinical trials currently underway will provide more definitive guidance on the optimal timing of staged PCI.