AHA 2015: The Lower Your Salt Intake the Better

Canadians eat more salt than is good for them, increasing their risk of high blood pressure, heart disease, and stroke. The Heart and Stroke Foundation estimates that the average adult Canadian consumes about 3,400 mg of sodium per day (roughly one-and-a-half teaspoons), most of it from processed foods. 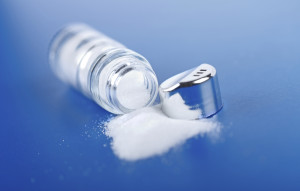 This is much higher than the 2,300 mg per day most medical associations recommend. The American Heart Association (AHA) endorses going even lower to 1,500 mg per day. But some research has suggested that it may be possible to go too low, that there may be a level below which the risk of harm begins to go back up (a so-called “J-curve” or “hockey stick curve” named for the uptick at the end of a declining trend).

A study presented in November at the AHA’s 2015 annual conference put these concerns to rest. The results of two randomized clinical trials with over 26 years of follow-up showed no evidence of harm at the lowest levels of sodium intake (less than 2,300 mg per day). In fact, the health benefits continued to increase in line with the decrease of salt intake.

During the studies, called the Trials of Hypertension Prevention, pre-hypertensive adults aged 30 to 54 were randomly assigned to either 18 or 36 months of restricted sodium or to control groups with no dietary changes. Importantly, the trials did not rely on self-reported sodium intake, which can be highly inaccurate. Instead, all participants provided urine specimens (considered the gold-standard measurement) to assess their true sodium intake. They were then followed for 23 to 26 years to measure cardiovascular disease and all-cause mortality.

“We saw a very linear relationship throughout,” said lead author Nancy Cook, ScD, of the Harvard Medical School. As daily sodium intake decreased, from more than 4,800 mg for some participants to less than 2,300 mg, so did the risk of death. Earlier studies analyzing the data had shown that rates of cardiovascular disease dropped with associated decreases in sodium levels.

“We had a healthy group of individuals and showed that there is a straight-line relationship for dietary sodium intake with both cardiovascular disease incidence and now total mortality,” concluded Dr. Cook. “All the evidence points to lower sodium being better.”