How Air Pollution Can Impact Your Heart Health 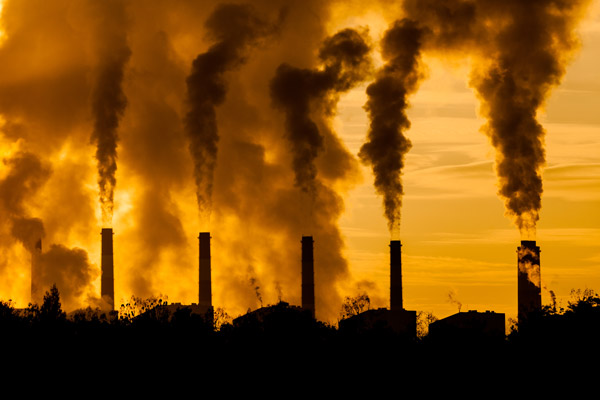 Whether you live in a large urban centre with frequent smog advisories or in a more rural setting, the air you breathe can pose significant risks for developing cardiovascular distress and disease.

While children, the elderly and those with diabetes, lung disease or existing heart conditions are most sensitive to air pollution, otherwise healthy people can develop new cases of heart disease from air pollution as well. As we previously reported, airborne pollutants can trigger arrhythmia, stroke, heart attack and even heart failure. Indeed, even modest increases in air pollution can cause measurable increases in emergency room visits and hospital admissions.

While more than a decade of epidemiological and clinical research has allowed researchers to confidently link air pollution to a greater risk of cardiovascular disease, understanding the precise connections between the two has remained more elusive. Recently, researchers have identified two separate mechanisms that may help explain how air pollution can damage the heart and blood vessels.

In one study, recently published in the American Heart Association’s journal Arteriosclerosis, Thrombosis, and Vascular Biology, researchers found that air pollution can lower the levels of high-density lipoprotein (HDL), or “good” cholesterol, in the body, thereby increasing the risk of cardiovascular disease.

The researchers examined the effects of air pollution on 6,654 middle-aged and older adults in the United States and found that people in areas with higher levels of traffic-related air pollution tended to have lower levels of protective HDL. This can increase the likelihood of coronary artery disease. Interestingly, men and women responded to air pollutants differently – while HDL was lower for both sexes at high pollution exposures, women suffered from the effect more than men. The authors of the study further noted that changes in HDL levels may appear after even brief and medium-length exposures to air pollution.

Inhaled Nanoparticles in the Bloodstream

In another study, published in the journal ACS Nano, researchers discovered evidence in human and animal studies that inhaled nanoparticles can travel from the lungs into the bloodstream. Many scientists have suspected that fine particles can make their way into our circulation, but evidence supporting this assumption in humans has been challenging to collect.

In the new study, 14 healthy volunteers, 12 surgical patients and several mouse models inhaled gold nanoparticles, which are safely used in medical imaging and drug delivery. Soon after exposure, the nanoparticles were detected in blood and urine. The findings suggest, for the first time, that nanoparticles can indeed travel from the lungs into the bloodstream and reach susceptible areas of the cardiovascular system where they could possibly increase the likelihood of a heart attack or stroke.

While further research is needed to gain a better understanding of how air pollution affects heart health, these recent discoveries are providing much needed insights to help stem the millions of deaths around the world from heart attack and stroke each year.