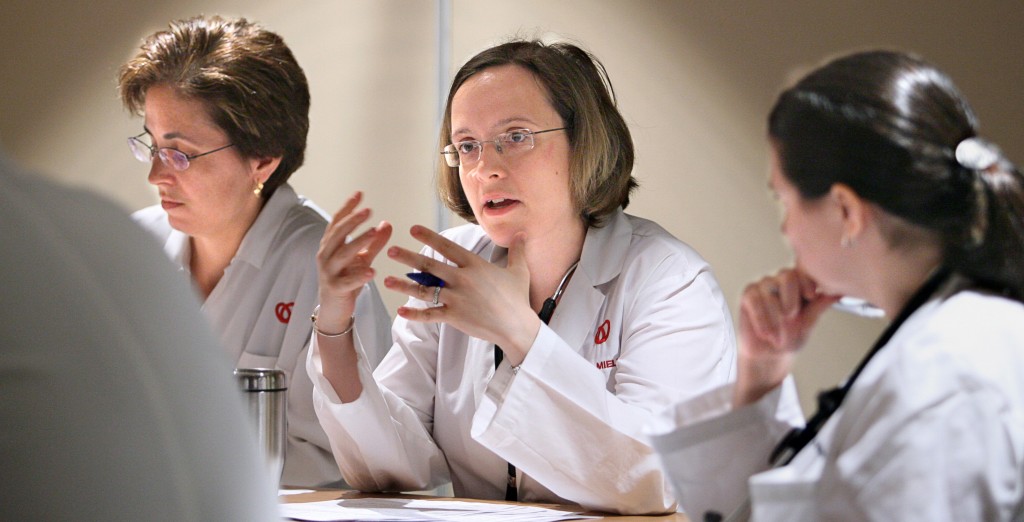 More than half a million Canadians are living with heart failure and another 50,000 join their ranks each year. The standard treatment for heart failure has not changed for quite some time. Now, a new drug—so new that it’s identified only as LCZ696—is generating interest among cardiologists and their patients.

A clinical trial of the drug, titled PARADIGM-HF, was stopped early because the benefits of LCZ696 were so obviously significant. While the drug still has to go through the regulatory process, new Canadian heart failure guidelines discussed at the Canadian Cardiovascular Congress in October gave LCZ696 a conditional recommendation, pending its pricing and availability in Canada.

The Beat sat down with cardiologist Lisa Mielniczuk, MD, to find out what we know about LCZ696 at this point, and what we still need to learn. Dr. Mielniczuk is Director of the Heart Failure Program at the University of Ottawa Heart Institute.

The Beat: What happens in heart failure?

Dr. Mielniczuk: Heart failure happens when a person’s heart isn’t pumping blood through the body as well as it’s supposed to. The result is people feel short of breath, fatigued and weak, and their legs, ankles and feet swell, among other symptoms, all of which reduce their ability to participate in the activities of daily life. Heart failure can be managed by medication and lifestyle changes, but it can and does, still lead to death. In fact, there is a 7% annual mortality rate for people with heart failure, even among those at relatively low risk. Among people whose heart failure is more advanced, there is a 50 to 70% risk of death.

The Beat: What is the standard treatment for heart failure?

Dr. Mielniczuk: Currently, we treat heart failure with a combination of drugs, including ACE inhibitors and beta blockers, as well as diuretics, which cause more frequent urination and help prevent fluid from building up in the body and causing swelling. These are great medications, especially when they’re taken together. They result in a 25 to 30% risk reduction in terms of both death and disability. But we need to be able to do more.

The Beat: Why is this new drug generating so much interest?

Dr. Mielniczuk: LCZ696 is really very exciting. It is the first drug in a long time to show a further reduction in deaths and disability.

In the PARADIGM-HF clinical trial, patients who were given LCZ696 were more likely to remain alive and had fewer re-hospitalizations for heart failure compared to those who received the standard treatment. In all, the addition of LCZ696 to current therapies reduced the risk of death from cardiovascular causes by a further 20% [over the current 25 to 30%] and reduced heart failure hospitalizations by 21%. The evidence of benefits was so significant that the trial was ended early.

The other thing LCZ696 does is what’s new and so exciting. It blocks something called neprolysin, which breaks down the neurohormonal systems of the heart. These hormones, which occur naturally, protect the heart and help it operate normally.

The Beat: Is this going to become the new standard for treating heart failure?

Dr. Mielniczuk: It’s really too early to say. The clinical trial involved patients who were at low risk from their heart failure and were stable. We don’t know how LCZ696 will work for patients whose heart failure is more advanced.

The Beat: What do we still need to find out about LCZ696?

Dr. Mielniczuk: This trial gave us information that points to a major new tool in our arsenal for tackling heart failure. But there are things we still don’t know and that will need further research. For instance, while we know what LCZ696 does, we don’t know how it does it. We need to know more about the mechanics of how the drug operates in the body.

We also need to know more about whether lower doses can be effective. We know that lower doses of the drugs currently used to treat heart failure are effective, and this can be important in reducing side effects.

Finally, we need to know how to decide which patients will benefit most from this new drug.

The Beat: What is the process from here?

Dr. Mielniczuk: The company that developed LCZ696 will seek regulatory approval for the drug in each country in which it would like to sell the drug. In Canada, that means going through Health Canada’s regulatory process. The drug will then be considered by the Common Drug Review at the Canadian Agency for Drugs and Technologies in Health (CADTH), a pan-Canadian process that allows provinces to make decisions about including new drugs in the list of drugs they provide coverage for. The process can be lengthy, particularly if Health Canada asks for more research evidence to support either effectiveness or safety. At best, we can be looking at a couple of years.