Heart failure is the new epidemic in chronic cardiovascular disease. It will affect one in five Canadians over their lifetime. The one-year mortality of heart failure is at 34%. Our research is focused on the causes and treatment of heart failure from bench to bedside. With support from CIHR, Genome Canada, and the Ontario Research Global Leadership Fund, our team is centred on the systematic discovery and validation of novel biomarkers and potential therapeutic targets for early identification and intervention of heart failure. We are particularly interested in novel innate immunity and inflammation regulators and pathways in cardiac remodelling and disease progression.

Using system biology approaches combined with in vitro cardiomyocyte culture systems and in vivo transgenic mouse models, we have identified how viruses and bacteria can accelerate heart failure and coronary artery disease and are developing novel vaccines to prevent these complications.

Our lab has also made major contributions in identifying the roles of inflammation in changing heart structure and function, as well as the role of protein quality control in cardiac cytoskeletal remodelling and heart failure progression. In addition, in partnership with Roche Diagnostics, our team has jointly filed for eight global patents for entirely novel candidate heart failure biomarkers discovered through deep proteomic and genomic research.

Heart failure currently costs over $12 billion annually in Canada for hospitalization alone and is the highest cost category for a medical diagnosis. This is partly due to our aging population and the increased prevalence of risk factors such as hypertension and diabetes.

Cardiac remodelling following ischemic injury constitutes the commonest cause of heart failure (Nian, 2004). Appropriate tissue repair and functional restoration lead to favourable outcomes; adverse remodelling leads to cell death, chamber dilation and demise of the host. One of the most fundamental biological processes regulating tissue injury and repair is inflammation.  Many of the novel biomarkersdetermining outcomes in heart failure or post-myocardial infarction (MI) are members of the inflammatory signalling/innate immune pathways.

The innate immune system originally evolved as a measure to defend tissues against pathogens but has now adapted to be triggered by damaged proteins from the host. Our laboratory has been investigating the role of the innate immune system in cardiac injury in an effort to understand its regulatory control and to develop measures to improve cardiac tissue repair. So far, we have demonstrated that heart failure results from excessive inflammatory responses originating with the activation of cell surface toll-like receptors (TLR) including MyD88 (Fuse, 2005),IRAK4 (Maekawa, 2009; Valaperti, 2013) or IRF3 (de Couto, 2014). This disproportionate immune response contributes to increased cell death, detrimental matrix transitions, inhibition of angiogenesis, attenuated progenitor cell mobilization and high mortality. On the other hand, up regulation of negative regulators of innate immunity such as A20 (Li, 2007) or cellular FLICE inhibitory protein (cFLIP) (Li, 2010) leads to improved cardiac function and survival.

However, because the innate immune system is essential for defence against infection, the direct mediators of this pathway are unlikely to be viable long-term therapeutic targets. We have, therefore, sought to identify critical intrinsic modulators of innate immune/TLR signalling that effect magnitude of inflammatory response. We expect the expression of such regulators to increase specifically following MI. Thus, we have taken a systems approach, examining gene expression and proteomic analyses in both murine models and humans to identify novel candidates that modulate innate immune activation of cardiac inflammation and remodelling in the post-MI heart. Informatics analyses revealed, with high probability, multiple potential candidates with significant biological effect and which are modulators of innate immunity.

Heart Failure is currently the most costly chronic health condition in developed countries with both high mortality and high costs of hospitalization. There are over 20 million patients living with HF today, with at least another 40 million yet to be diagnosed. The prognosis of HF patients is worse than for most cancers. To improve HF care, we need to make correct early diagnosis, appropriately classifying HF etiology, actionable prognosis, and selection of appropriate HF therapy. Addressing these unmet diagnostic needs will render available HF therapies safer and more cost-effective, and allow the development of novel therapies for HF.

The Heart Failure Biomarker Panel will facilitate appropriate and earlier diagnosis and identify etiologies of heart failure, and personalized therapy, aimed to maximize therapeutic effectiveness and survival of our patients. In addition, we will be able to minimize hospitalizations, re-admissions, unnecessary treatments, adverse events, reduce the enormous economic burden and human suffering in heart failure.

Dr. Liu has over 350 peer-reviewed publications, many in the most celebrated journals in the world, and his publications have been cited over 20,000 times.

We have many interesting projects for enthusiastic graduate students and postdoctoral fellows. Highly motivated undergraduate students with strong academic track records are welcome to apply for graduate studies in our laboratory. A few competitive postdoctoral positions are also available for highly motivated recent PhD graduates with strong academic track records and strong letters of recommendation. To be considered, you should familiarize yourself with our work (e.g., browse our website and recent publications) and understand the nature of our research publications before you apply. You should become familiar as to what we do and how this relates to your own academic training and interests. You should understand the requirements and demands of academic research and be confident in your own strengths, potential for academic research, and your ability to communicate in spoken and written English.

For postdoctoral applicants, the University of Ottawa must recognize your PhD title. We also require proficiency in spoken and written English and a demonstrated command of a relevant scientific discipline. Your resume should demonstrate a proven track record in terms of productivity and long-term independent research potential, as evidenced by first-author peer-reviewed publications and public presentations. Foreigners must be eligible for employment authorization in Canada; please inquire at your local Canadian embassy or consulate about the details for obtaining a suitable work-permit and allow sufficient time to get this organized. You should be acquainted with the general academic requirements, cost-of-living, and available funding sources such as relevant local, national and international fellowships. 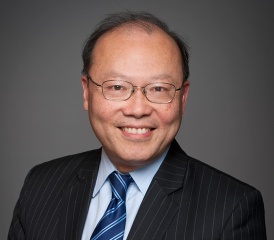