An increased level of low-density lipoprotein (LDL) cholesterol, the so-called “bad cholesterol”, in the circulation is a primary risk factor for the development of cardiovascular heart disease. Our lab’s primary research interests are cellular and molecular mechanisms that regulate cholesterol homeostasis in the body and ultimately blood LDL-cholesterol levels.

Clearance of LDL from the circulation requires the LDL receptor, a protein on the cell surface that binds to LDL particles with high affinity and mediates their uptake into cells, mainly in the liver. Since the liver is the primary means for LDL clearance, increased liver LDLR protein expression is a highly desirable goal for therapies aimed at lowering cardiovascular disease risk. Indeed, the efficacy of the widely prescribed statin drugs is ascribed to their ability to increase liver LDL receptors at the gene transcriptional level. However, many patients undergoing statin therapy do not reach therapeutic goals for cholesterol lowering or suffer unacceptable secondary effects, highlighting the need for improved and/or alternate means for increasing liver LDL receptor function.

The removal of LDL from the circulation occurs mainly in liver via the LDL receptor (LDLR), a cell surface glycoprotein that binds to LDL particles with high affinity and mediates their endocytosis. Internalized LDL particles are degraded in lysosomes and liberated cholesterol is then used for the synthesis of membranes, steroid hormones, lipoproteins and bile acids.

An aspect of negative feedback control of cholesterol metabolism is the co-regulation of genes encoding the LDLR and PCSK9 (proprotein convertase subtilisin/kexin type-9), a secreted protease that promotes LDLR degradation in liver. Importantly, loss-of-function mutations in PCSK9 have been identified in the human population and are associated with lowered plasma LDL levels and greatly decreased incidence of cardiovascular disease. This exciting finding validates PCSK9 as a therapeutic target for LDL lowering.

In previous work we have shown that secreted PCSK9 is active in the circulation, and that PCSK9 binds directly to LDLRs on the surface of hepatic cells leading to LDLR degradation in the endosomal/lysosomal compartment. Surprisingly, PCSK9’s protease activity is not required for LDLR degradation - instead it acts as a molecular chaperone to interfere with LDLR recycling. We have recently identified the pertinent regions on both LDLR and PCSK9 involved in direct binding between these proteins.

Our future goals are to identify and characterize regulatory mechanisms that affect both the initial PCSK9:LDLR interaction as well as the downstream cellular degradative pathway utilizing cell-based approaches as well as protein-protein interaction studies with purified protein components.

The protein machinery that ultimately regulates negative feedback control of cholesterol metabolism is located in the endoplasmic reticulum (ER) and is regulated by cholesterol content in this organelle. Cholesterol trafficking pathways that deliver LDL-derived free cholesterol from lysosomes to the ER play a critical role in this process, yet these pathways remain poorly understood. 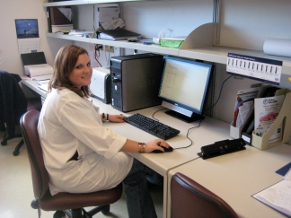 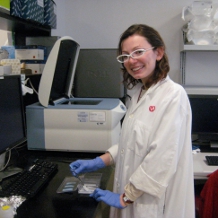 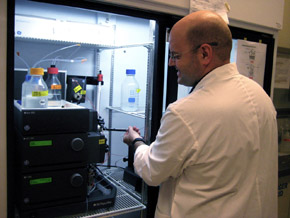 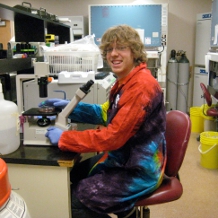 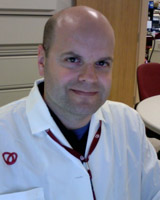 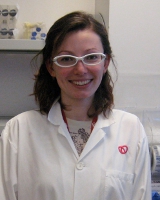 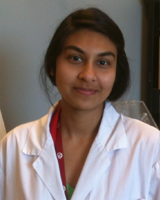 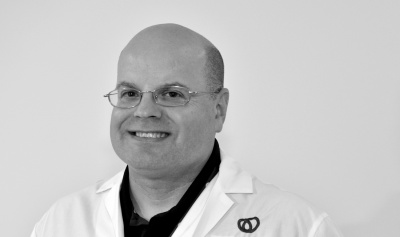