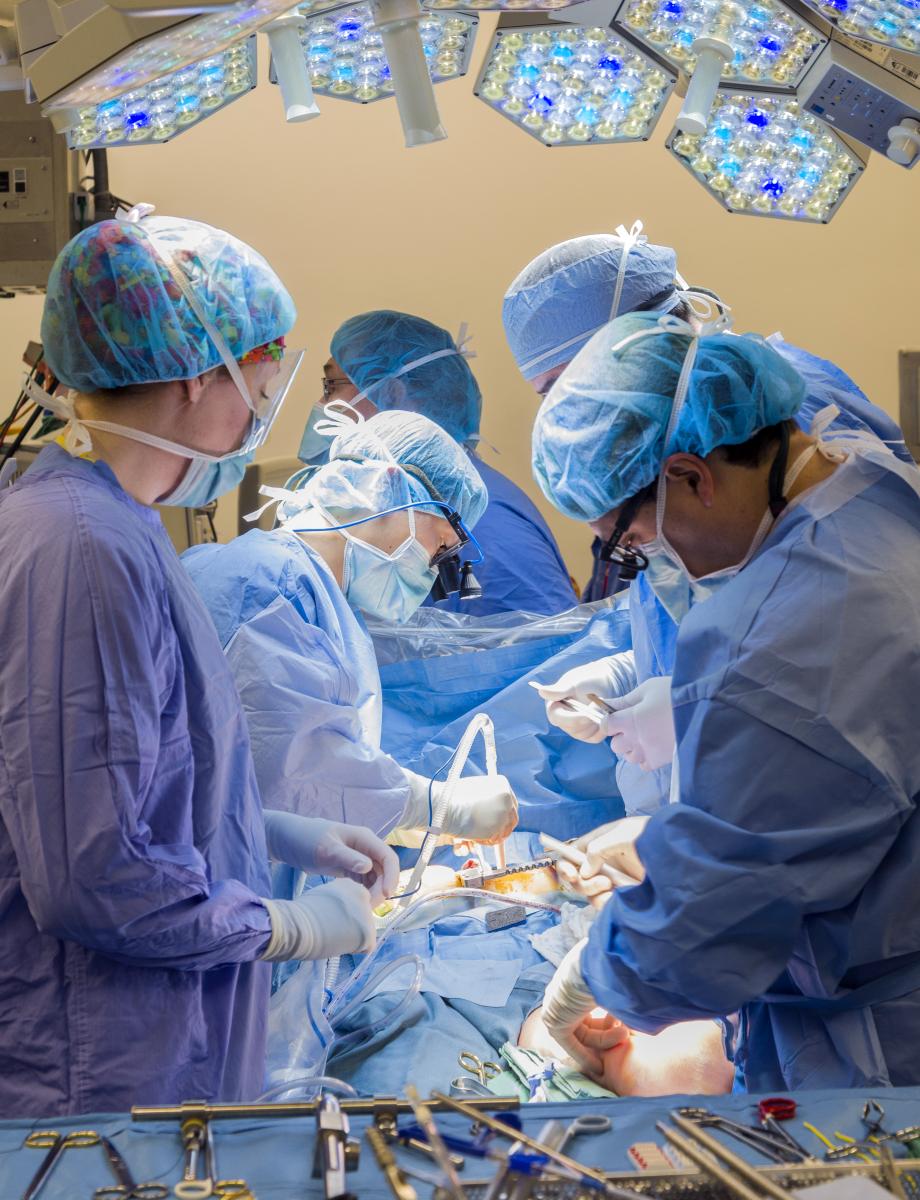 The Heart Institute is one of Canada’s top training ground for new generations of young surgeons. The Division of Cardiac Surgery is fully accredited by the Royal College of Physicians and Surgeons of Canada to train residents. Training requires a minimum of six years, following the completion of medical school. We currently have eight residents and three clinical Fellows in the program.

Adult cardiac surgery for Eastern Ontario and Western Quebec is performed exclusively at the University of Ottawa Heart Institute. As well, the Heart Institute receives referrals which come from across Ontario and across Canada. We perform about 1,700 open heart procedures annually ranging from Coronary Surgery, Valve Repair and Replacement, Arrhythmia Surgery, Mechanical Circulatory Support, and Transplantation. Pediatric Cardiac Surgery is performed at the Children’s Hospital of Eastern Ontario (CHEO). Thoracic surgery, including both pulmonary and esophageal, is performed at The Ottawa Hospital - General Site.

The training requirements of the Royal College of Physicians and Surgeons of Canada in cardiac surgery mandate six years of postgraduate training after medical school. The first two years are considered core years and include a broad base of clinical experience in general medicine, general surgery, and intensive care with much flexibility.

The academic enrichment year is flexible both in terms of content and location within the six years. For some this may be laboratory or clinical research; for others, this year may be used for further clinical exposure.  Biannual evaluations include preparatory examinations.

The academic enrichment year may include laboratory or clinical research. Cardiac research at the Heart Institute enables young scientists to engage in a range of projects such as myocardial preservation, hematology, molecular biology, and hyperlipidemia.

A well structured set of seminars are held weekly during the academic half-day. These include postgraduate rounds in cardiac and thoracic surgery, cardiology rounds, cardiac case presentation rounds, journal club, and cardiac grand rounds. Residents are encouraged to present their research findings at national and international meetings, and it is suggested that they attend at least one meeting per year. Funding is provided for this as available.

Order from your Registrar

Order from your Dean’s office

Three are required. Strong letters of reference from staff physicians.

Proof of citizenship MUST be submitted with each application since only Canadian citizens, permanent residents, or landed immigrants can apply in Ontario. One of the following documents must be submitted: