Home » About Us » Who We Are » Governance and Leadership 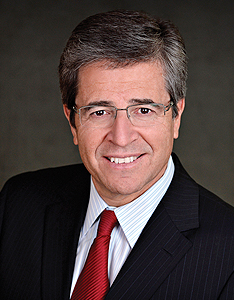 Dr. Thierry Mesana is the President and Chief Executive Officer of the University of Ottawa Heart Institute. A native of France, he is recognized as one of the leading heart valve surgeons in the world. He received his medical degree at the Université de la Méditerranée, Marseilles, where he trained in thoracic and cardiovascular surgery. He received his PhD in biophysics and biomechanics at the same university after extensive experimental work on artificial hearts and ventricular assist devices.

In 1991, Dr. Mesana was, at the time, the youngest cardiac surgeon in France to receive a full professorship. He then became the Chair of Thoracic and Cardiovascular Surgery at La Timone University Hospital, the largest hospital in Marseilles, where he introduced a number of advanced techniques and greatly expanded the cardiac surgery program. He was Visiting Professor of Surgery at Harvard Medical School in Cambridge, Massachusetts, from 1996 to 1997.

Dr. Mesana was appointed Division Head, Cardiac Surgery at the University of Ottawa Heart Institute in 2001. In this role through 2012, he led significant changes in the Division of Cardiac Surgery. Under his leadership, the Institute’s valve repair program has become recognized as one of the best in the world. He has authored over 300 scientific publications and has been an invited lecturer in many national and international symposia. 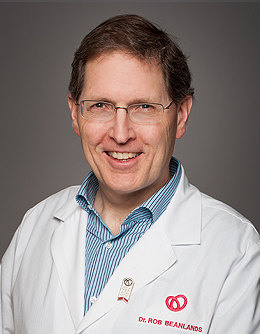 Dr. Rob Beanlands is the Division Head and Vered Chair of Cardiology at the University of Ottawa Heart Institute. He received his MD from the University of Ottawa in 1983 (gold medallist). He is a cardiologist and an international leader in cardiovascular nuclear imaging as well as the founding Director of the Heart Institute’s National Cardiac PET Centre, the only PET facility in Canada dedicated to cardiovascular disease. He is a Career Investigator supported by the Heart and Stroke Foundation and is the Tier 1 Chair in Cardiovascular Imaging Research (uOttawa).   His research focus on the hearts metabolism, flow and cellular function has led to pioneering translational work that has impacted the understanding of disease mechanisms, applications in patient care, health policy and guidelines in imaging.   He has led several multicentre imaging research initiatives (PARR2, IMAGE-HF, CADRE Registry and is a Co-PI for the Canadian Atherosclerotic Imaging Network (CAIN)).   He has more than 225 peer reviewed publications in this field. He has served on several committees/advisory boards for government, industry and professional organizations impacting healthcare policies and practice guidelines and serves as an Associate Editor for the Canadian Journal of Cardiology and the Journal of Nuclear Cardiology.  He is a Professor in the Division of Cardiology (Department of Medicine), Department of Radiology and Department of Cellular and Molecular Medicine at the University of Ottawa.  Dr. Beanlands is past-president of the Canadian Nuclear Cardiology Society, past Ontario Governor for the American College of Cardiology and was the Scientific Program Chair and Annual Meeting Chair for the Canadian Cardiovascular Society.  He is currently the chair of the Heart and Stroke Foundation Scientific Review Committee, Treasurer of the American Society of Nuclear Cardiology and Co-Chair of the International Congress on Nuclear Cardiology and CT imaging.  Recent Awards include Queen Elizabeth II Diamond Jubilee Medal (2012) for Contributions to Canada, Hermann Blumgart Research Achievement Award for the Society of Nuclear Medicine (2013) and Canadian Cardiovascular Society Research Achievement Award (2015). 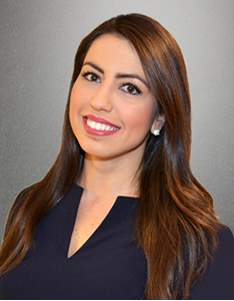 Dr. Thais Coutinho is Division Head of Prevention and Rehabilitation at the University of Ottawa Heart Institute and Associate Professor of Medicine at the University of Ottawa. In addition, she is chair of the Heart Institute’s Canadian Women’s Heart Health Centre. Dr. Coutinho received her MD from the Universidade Federal do Rio de Janeiro, Brazil, in 2004. Shortly after, she moved to Rochester, Minnesota, USA to pursue training in Internal Medicine, Cardiology, Vascular Medicine, advanced Echocardiography and research at the Mayo Clinic. Dr. Coutinho has had many presentations at national and international meetings and has published several peer-reviewed manuscripts in the field of Cardiovascular Diseases. She has received numerous awards, including the American Heart Association’s Young Investigator and  Women in Cardiology Awards, the American College of Cardiology’s Young Investigator Award (2nd place), Mayo Clinic’s Summerskill Award for Research by a Fellow with a Clinical Appointment, and the Mayo Clinic’s Cardiovascular Division Outstanding Achievement Award. She is also board certified in Internal Medicine, Cardiology, Vascular Medicine and Echocardiography. 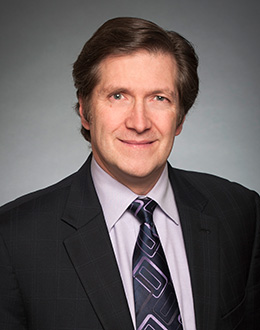 Dr. Lambert obtained his MD in 1990 from McGill University in Montreal. Following a residency in Family Medicine, he completed a residency in Anesthesia at the University of Toronto, and he has been a Fellow of the Royal College of Physicians and Surgeons of Canada (FRCPC) since 1997. He did a clinical and research fellowship in Cardiac Anesthesia and Perioperative Echocardiography at the University of California, San Francisco, on a scholarship from the Samuel McLaughlin Foundation. He returned to the University of Toronto as Assistant Professor and worked at St. Michael’s Hospital for seven years, doing clinical anesthesia and critical care. During that time, as Co-Director of Perioperative Transesophageal Echocardiography, Dr. Lambert helped establish a Perioperative Echo Service and a Cardiac Anesthesia Fellowship Program. He joined the Heart Institute in 2005 as Assistant Professor of Anesthesia. He is involved in the Society of Cardiovascular Anesthesiologists, he has contributed chapters in several Transesophageal Echocardiography textbooks and he is a regular reviewer with anesthesiology journals. Recently, he successfully completed the Executive MBA program at the Queen’s University School of Business. 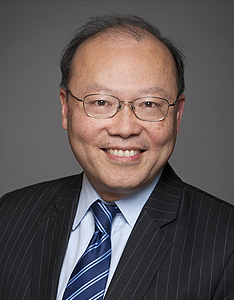 Dr. Liu is the Scientific Director at the University of Ottawa Heart Institute. He received his MD and completed his postgraduate training in Internal Medicine and Cardiology at Toronto General Hospital and Harvard Medical School. Dr. Liu was the inaugural Director of the Heart & Stroke/Richard Lewar Centre of Excellence at the University of Toronto. He also held the position of Scientific Director of the Institute of Circulatory and Respiratory Health at the Canadian Institutes of Health Research (CIHR). Dr. Liu currently sits on the Science and Policy Council for the World Heart Federation and is the director of several large-scale international research programs.

Dr. Liu has over 350 peer-reviewed publications, many in the most celebrated journals in the world, and his publications have been cited over 20,000 times. In recognition of his outstanding commitment to research, Dr. Liu has received numerous awards, including the Research Achievement Award and the Life Time Achievement Award of the Canadian Cardiovascular Society, the Rick Gallop Award of the Heart & Stroke Foundation, and the Institute of Circulatory and Respiratory Health Distinguished Lecture Award of CIHR. 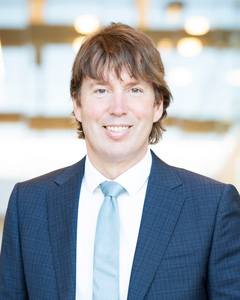 Dr. Marc Ruel is the Division Head of Cardiac Surgery at the University of Ottawa Heart Institute. He received his MD degree from the University of Ottawa in 1994 and his Royal College specialist certification in cardiac surgery in 2000. He subsequently pursued a combined fellowship in minimally invasive surgery and laboratory research at Harvard University, where he also completed a Masters in Public Health. Dr. Ruel is a professor in the Department of Surgery (primary affiliation) and the Department of Cellular and Molecular Medicine (cross-appointed affiliation) at the University of Ottawa. A seasoned heart surgeon, innovator and researcher, Dr. Ruel served a leading role in developing and promoting minimally invasive coronary bypass surgery worldwide. He has published approximately 400 scientific papers and book chapters and is a recipient of numerous awards. The laboratory research program that Dr. Ruel started at the beginning of his career has expanded tremendously and achieved marked translational impact. Dr. Ruel is the president of the Canadian Cardiovascular Society (CCS), one of the most respected medical societies in the world. Since the CCS was created in 1947, only three other surgeons – including the Heart Institute’s founder Dr. Wilbert Keon -have previously held this role. 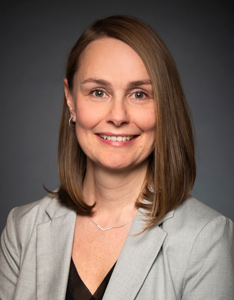 Bonnie Bowes obtained her undergraduate and Master of Nursing Science degrees in Australia at the University of Western Sydney and Charles Sturt University and holds specialty certifications in critical care and cardiovascular nursing. She has extensive education and experience in quality processes, performance measure, and risk management.

Bonnie Bowes joined the University of Ottawa Heart Institute in 2001, holding roles as a clinical nurse, clinical nurse educator, Epic project site lead and director of quality, risk and privacy. She sits on several regional and national committees focusing on quality, risk management and cardiac practice. She has been an active member of the Canadian Council of Cardiovascular Nurses as a presenter and former committee member. 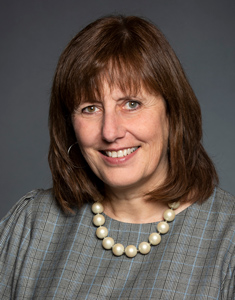 Ms. Dionne is a Chartered Professional Accountant with 25 years of health care finance and administration experience in the greater Ottawa region. She has held senior positions at the Ottawa General Hospital, The Ottawa Hospital, the Champlain Local Health Integration Network, and the Cornwall Community Hospital. Ms. Dionne has participated on a number of provincial and national committees over the years focused primarily on case costing, funding formulas, performance measurement, and quality improvement. She is currently on the faculty of the IDEAS Quality Improvement Program at the University of Ottawa. 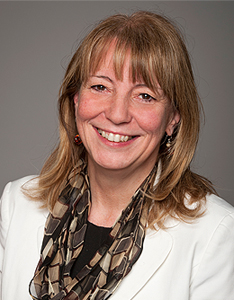 Andrée Dumulon is the former Executive Director of the Communications Directorate at the University of Ottawa and has a strong background in creating and implementing strategic communications plans, promotional campaigns and media activities.

Ms. Dumulon’s wide and varied career in communications has taken her from the Canadian Council on Smoking and Health to the National Research Council, where she served as communications adviser to the president. Her roles have provided considerable experience in the health care sector within allied segments such as the Canadian Psychiatric Association, the Canadian Centre for Drug Free Sport and the Canadian Cancer Society. 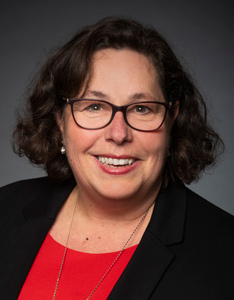 Erika MacPhee graduated from Queen’s University in Kingston, Ontario with a Bachelor of Nursing Science degree and completed her Master of Health Sciences Nursing degree at Charles Sturt University in Australia.

She joined the University of Ottawa Heart Institute in 1991, working in many different roles, including as a nursing coordinator, nurse educator, regional cardiac care coordinator, and most recently as the advanced practice nurse for the Cardiac Virtual Care program and clinical manager of the Heart Function Clinic.

Erika MacPhee is a member of the Canadian Council of Cardiovascular Nurses Association and is a registered nurse with the College of Nurses of Ontario. 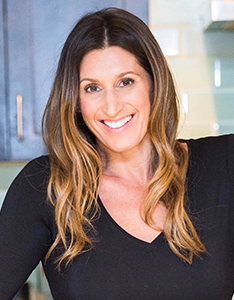 Lianne Laing comes to the University of Ottawa Heart Institute Foundation with a background in media and communications. She spent 20 years working in broadcast television with CTV/Bell Media as a reporter, anchor and host. She spent the last decade working in television as the host of CTV Morning Live.

An Ottawa native, Ms. Laing has served and chaired on several boards, including the Snowsuit Fund and Youth Services Bureau, and she is a former ambassador of The Ottawa Senators Foundation. Over the last 20 years, she has hosted and emceed hundreds of events, helping raise funds and awareness for dozens of charities and campaigns. The United Way of Ottawa recognized her with a Community Builder Award.

As an entrepreneur and health and wellness advocate, Ms. Laing’s company “Living Your Life with Lianne Laing” allowed her to continue her passion for storytelling, speaking and writing.  Her podcast educates, entertains and inspires her listeners to make informed choices to live longer, healthier and more fulfilled lives. Guests and listeners tune in to the podcast from around the world. Her incredible network of experts hit on limitless topics related to healthy living, both physically and mentally, and spiritually as well.

Ms. Laing, a former Canadian elite gymnast, received a full NCAA Scholarship to the University of Massachusetts/Amherst and graduated with two business degrees. 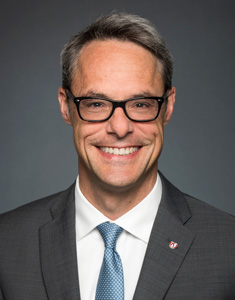 Timothy Zakutney is a Professional Engineer with a specialty in Systems Design from the University of Waterloo along with a Masters in Heath Science in Clinical Engineering from the University of Toronto. With over 20 years’ experience in providing leadership and guidance surrounding medical and biomedical technology issues for healthcare, his portfolio of responsibilities include Information Technology, Cardiac Imaging, Biomedical Engineering, Radiation Safety, Radiochemistry. Timothy oversees the synergies between Digital Health and Advanced Cardiac Technologies Management for both the University of Ottawa Heart Institute and Ottawa Heart Institute Research Corporation to achieve outstanding patient care, cardiovascular research, and education.