Her research program aims to determine the role of autophagy in macrophage foam cell metabolism, inflammation and cholesterol trafficking and its linkage to the development and progression of atherosclerosis.

Dr. Ouimet obtained her BSc and PhD in biochemistry from the University of Ottawa. During her doctoral studies with Yves Marcel, PhD, at the Heart Institute, Dr. Ouimet made several important findings relevant to the cellular pathways of cholesterol removal from foam cells. Her most significant contribution was the discovery of autophagy as a key pathway for macrophage cholesterol efflux.

As a postdoctoral fellow with Kathryn Moore, PhD, at New York University, a notable leader in the fields of innate immunity and atherosclerosis, Dr. Ouimet broadened our understanding of mechanisms leading to predominance of classical M1 inflammatory macrophages in atherosclerotic plaques, cellular cholesterol trafficking and the persistence of M. tuberculosis bacilli in alveolar macrophages.

Dr. Ouimet was awarded a CIHR Vanier Canada Graduate Scholarship and received the Governor General’s Gold Medal in 2011 for her doctoral thesis in recognition of her graduate work, and is the recipient of several presentation awards. She has been recognized by the American Heart Association’s ATVB Council with awards such as the Early Career Award for Outstanding Research and New York University’s Outstanding Postdoctoral Scholar Award. Dr. Ouimet joined the Heart Institute in March 2017. In 2018, Dr. Ouimet received the Daniel Steinberg Early Career Investigator Award, and the CIHR-Canadian Society of Atherosclerosis, Thrombosis and Vascular Biology Early Career Lecturer Award.

Dr. Ouimet’s program is funded by the Canadian Institutes of Health Research, the Heart and Stroke Foundation, and the Canada Foundation for Innovation.

Dr. Ouimet’s research program focuses on cellular cholesterol trafficking and the role of autophagy in macrophage foam cell metabolism, inflammation and lipid homeostasis and how modulating these pathways might be used to treat heart disease. 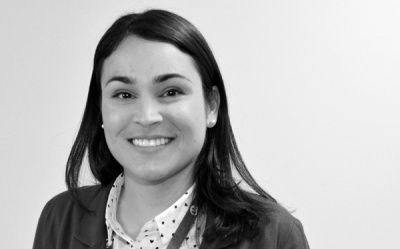